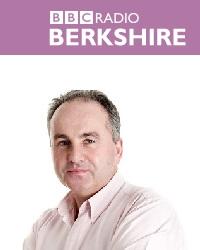 We were very excited to welcome BBC Berkshire's Drivetime show with Phil Kennedy to The Swan for a live outside broadcast! We have contributed to the show on several occasions over the last year, updating listeners on the progress of phase one of our refurbishment, including at our opening ceremony back in January.

This time, the full two hour show came from the main bar and included interviews with Richard Allen; pupils and parents of The Green Room School; Marilyn, our building Project Manager; Matt Baker, our General Manager; Reverend Rosie from St Andrew's Church; representatives of CAMRA and volunteers and members of the The Friends of The Swan Group.

It was a packed afternoon that included Kelly, one of the newest members of our bar team, teaching Phil the presenter how to pull a pint of Guardsman – all captured on Facebook Live!

Photos taken by our professional photographer

These are a selection of photos taken by Doug Seeburg, a volunteer and a professional photographer too.

Getting ready to pull a pint

The Friends of The Swan

Lads waiting to be interviewed

Waiting to be interviewed

Busy pub for the show

These audio snippets have been taken from the recording of the full radio show (available from BBC SOunds until mid-November, 2019). The snippets are presented here for posterity as Phil and the BBC have made a remarkable job of telling the story of The Swan.

Phil Kennedy - introduction to The Swan

Richard Allen - how it started and the challenge of the school

Bas Williams - the history of the pub and area

Green Room School - the view of the pupils and parents

Will Calvert - brewing beer and the future plan for The Swan

Reverend Rosie - what it means to the local church and community

Kelly Duncan - teaching Phil how to pull a pint

CAMRA - thoughts about community pubs and The Swan